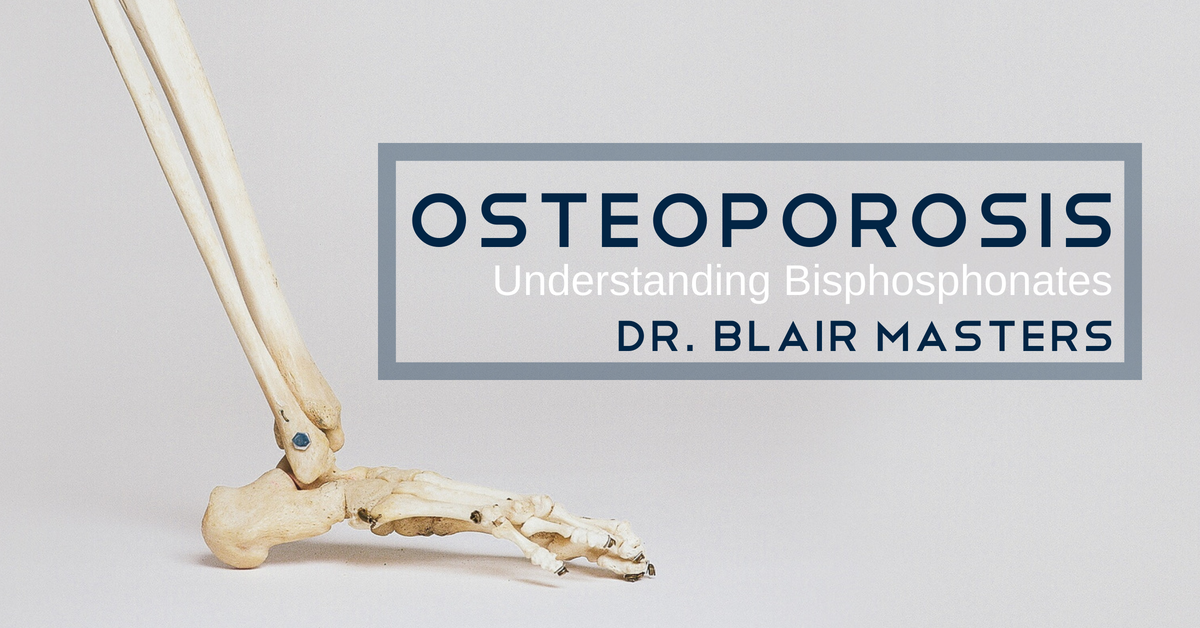 Osteoporosis is a significant problem, especially as you age. Many men associate this as a “female problem.” But that is not the case. More and more men are falling victim to this significant and potentially deadly health problem.

You may scoff at my use of the word “deadly” but a significant killer of the elderly is hip fractures.

Orthopedic surgeons and bone specialists have been seeing an increasing number of unusual fractures among long-term users of bisphosphonate bone-strengthening drugs such as Fosamax, Actonel, Boniva and Reclast.

The latest and largest study suggests that women who've been on bisphosphonates for more than five years have a nearly three times higher risk of these fractures. Since millions and millions of women take bisphosphonates, this research indicates that thousands of them may suffer devastating atypical fractures every year.

"... [A] growing number of experts agree ... that the risk of such fractures should discourage premature use of the drugs... [T]he take-home message is: Don't start one of these drugs too early ... [and[ don't stay on one of these drugs longer than necessary."

For more than 15 years doctors have been recommending a class of drugs called biphosphonates, which are marketed directly to the public through TV, print and internet as a treatment for osteoporosis.

While the drugs do show some short-term effectiveness at preventing hip fractures in severe cases of osteoporosis, multiple research studies are now beginning to point to the drugs causing some unusual bone problems in many older women.

Also, as often happens with pharmaceutical drugs in the US, the FDA allows them to be sold on the market before they are actually proven to be safe! You have seen the commercials on T.V. Every other commercial is from an attorney stating, “If you have taken this drug or that drug or had this procedure, then you may have been injured!!”

Only later, when problems start to get reported in the media, are the drugs re-evaluated for safety, and often the new studies citing problems with drugs are done by a third-party unrelated to the drug manufacturers.

This is the largest part of our health care model in the US that is not working. The FDA is looking out more for maximum profits for corporations (it's said drug companies lose one to two million dollars for every day that a drug is kept off the market!), instead of for safety in order to protect the public.

The new study above found that women taking biphosphonates for five years or longer actually showed signs of having weaker femurs,

Taking this drug long-term you have about a three times greater risk of suffering a very unusual fracture either at the socket connecting the femur to the hip, or in the upper femur itself (which is usually the strongest part of the bone).

How to Make Sure You don’t get Osteoporosis

Prevention is really the best way to go with Osteoporosis. It can take years to develop and once you have it, it is very hard to reverse. So start on your prevention program today, no matter how old you are. So here are the top ways you can reduce your risk of having to deal with osteoporosis in the first place:

If you or someone you know suffers from osteoporosis, have them call us at (479) 443-0800 or click here to set up a time for a nutrition evaluation and to set a plan to improve their health.