Pain Relievers and your Heart 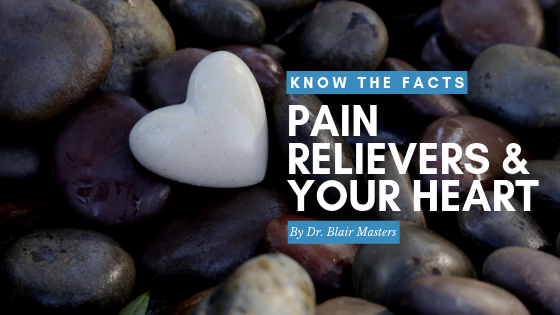 Pain Relievers and your Heart

Researchers performed a comprehensive analysis of all randomized controlled trials that compared NSAIDs with a placebo. The analysis included more than 30 research trials that examined in total more than 116,000 patients.

"... [T]hese cardiovascular risks are worrying because many patients have both cardiovascular disease and musculoskeletal disease, and suggests that it is time for an evaluation of a broader range of alternatives."

In other drug news, the U.S. FDA has asked manufacturers of prescription drugs containing acetaminophen (like Tylenol) to limit the dosage of the drug and add a liver toxicity warning to labels. The warning will be a "boxed warning" -- the strongest warning for a prescription drug.

Prescription acetaminophen (a pain and fever reducer better known as Tylenol) must limit the drugs to no more than 325 milligrams per tablet or capsule. Currently, some products contain more than twice that amount.

"Overdose from prescription combination products containing acetaminophen account for nearly half of all cases of acetaminophen related liver failure in the United States, many of which result in liver transplant or death."

Millions of Americans depend on anti-inflammatory drugs to relieve pain from arthritis, headaches, injuries and countless other conditions that cause chronic pain, but the drugs are among the most dangerous on the market.

Vioxx was among this same class of drugs, nonsteroidal anti-inflammatory drugs, or NSAIDS, and it was pulled from the market in 2004 after 60,000 people died from its increased heart risks.

Later in 2004, the U.S. Food and Drug Administration (FDA) also warned that NSAIDS, such as Cox-2 inhibitors Bextra (which was pulled from the market in 2005) and Celebrex, as well as over-the-counter varieties like Aleve, Ibuprofen and aspirin, also lead to an increased risk of cardiovascular problems.

Now a newer study by researchers at The University of Bern in Switzerland revealed that NSAIDs lead to a two to fourfold increase in the risk of heart attacks, stroke or cardiovascular death.

Aside from significantly increasing your heart risks, NSAIDs are linked to serious gastrointestinal risks, like bleeding of the digestive tract, increased blood pressure and kidney problems. Remember, this applies not only to prescription medications like Celebrex but also over-the-counter drugs like aspirin, Advil, Ibuprofen and Motrin.

In fact, it's very difficult to find a drug-based method of pain relief that does not cause severe side effects. The FDA has even recently limited the amount of acetaminophen allowed in prescription products and added a boxed warning due to liver toxicity concerns.

Prescription products that contain acetaminophen (Tylenol) will now be required to limit the amount of the drug to no more than 325 milligrams per tablet, as taking too much is the most common cause of acute liver failure in the United States.

There are over-the-counter Tylenol products that currently contain well over 325 milligrams of acetaminophen however, and they will not be included in this new limit, even though they're easier to obtain, so you will have to watch out for this risk yourself.

But no matter what type of painkiller you choose, the bottom line to remember is that they do not come without risks! Unfortunately, if you visit your conventional physician with chronic pain, a long-term treatment plan will typically include a drug-combination approach, using anti-inflammatory drugs, anti-convulsants, muscle relaxants and possibly other types of pain medication as well.

In other words, the answer for pain relief is drugs, drugs and more drugs -- each one raising your risk of suffering potentially lethal side effects. Is there a better way?

A Safer Approach for Pain Relief

Many people reach for the pill bottle with little or no thought of what it might do to their health in the long run. But tens of thousands of people die prematurely each year as a result...

It's completely understandable to want to get rid of pain. However, please understand that there are many options other than prescription and over-the-counter painkillers that are much safer, even though they may require some patience.

Seems far more rational to stick with natural approaches for inflammation. These approaches not only don't kill you or cause permanent organ damage, they often have other beneficial side effects.

Here are several guidelines that can help reduce, or potentially even eliminate, your pain, depending on its severity:

As you can see from the list above, there is no "quick fix" to treating pain, but rather it requires a lifestyle change that will be well worth the effort – and far safer than resorting to potentially deadly pain-relieving drugs.

If you are suffering with pain on a regular basis call us, we can help. Tell the person who answers the phone that you want a FREE consultation with the doctor. Call us at 479-443-0800.